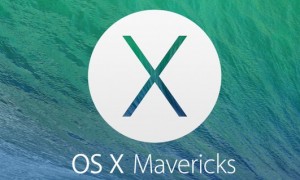 We have been helping a lot of users recently recover data from external and NAS drives. A lot of these cases had two factors in common. 1) There was sudden partition loss and 2) the user had recently upgraded to Apple’s new Mavericks operating system.

We immediately began to surmise that maybe Mavericks was becoming a little too maverick in the way that it managed external drives.

The first instances of this problem began appearing with Apple users who had Western Digital external hard drives connected to their newly installed operating system. For example, one user after connecting his MyBook to Mavericks was shocked to discover his HFS+ partition has disappeared overnight. In it’s place he got one EFI partition and one called MyBook (which incidentally was completely blank). Three years of business documents and family photos disappeared. (We performed data recovery on his drive and successfully restored all his files)

We were beginning to suspect that maybe Western Digital’s ancillary drive software (the software which comes free with external hard drives) had an incompatibility with Mavericks which was causing this problem. Western Digital even issued a press release advising users to remove their Drive Manager and SmartWare software.
We have tried the following Mac commands and they work pretty well in uninstalling WD’s Drive Manager service:

A Twist in the Tale

But then, an interesting twist developed. We had users of LaCie and Buffalo drives who were reporting similar mysterious partition loss. For example, the owner of a LaCie Rugged drive in the south-east of Ireland had the primary partition on his device disappear. Meanwhile, the owner of a 16 TB Buffalo RAID 5 NAS device in Dublin had his array turn into 4 TB individual disks. (Our RAID data recovery process restored all his data – mainly Sage Accounts and AutoDesk files)

It is really surprising that Apple did not pick up on this bug in their beta-testing of their new operating system. I hope this is not a portent of things to come with Apple and they do not go down the route of Microsoft in rushing sloppily coded software to market. Mavericks is one of Apple’s first “free” operating systems. But, most users would be willing to pay for a quality product than have a free product makes their data do a Houdini-like disappearance.

Our advice is to hold off updating to Mavericks until Apple releases an update which addresses this serious problem.