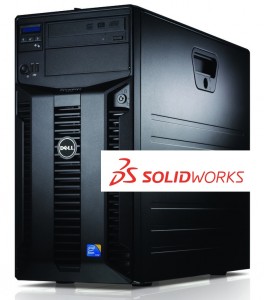 We recently helped a Dublin engineering company recover data from their Dell PowerEdge T310 RAID 5 server. Last week they reported to their IT support admin that their server would no longer boot-up. He performed diagnostics on the drive and discovered that one of the disks (a 1TB Seagate Barracuda) had failed. Thinking it was not that serious, he removed the failed disk and replaced it with a 1TB hot-spare. Under normal circumstances, the RAID controller (in this case a Dell Perc) should make a block-for-block copy to the hot spare which would then become an active drive after the RAID rebuild process. However, after he initiated the RAID rebuild process and after a 6 hour wait he was getting nowhere. The RAID array would not rebuild. Knowing the limits of his expertise and having used Drive Rescue successfully before – he called us for assistance.

We labeled all the drives and noted the disk order. We then removed the drives from the server and then imaged each drive. Working with the drive images we used our specialised tools and experience we determined the block size, parity strip size and RAID offset.

After several hours work, we now had a volume which we could extract data from. In this particular case, their most important data to the client were Solidworks files, namely assembly files  (.sldasm), drawing files (. slddrw) and image files (. sldprt). These were all extracted and checked for integrity. The client was then able to remotely login to our secure systems to view these files for themselves. Having got confirmation that all of their files were there, we proceeded to extract them to a 2TB USB portable drive which we delivered to a more-than-happy customer.