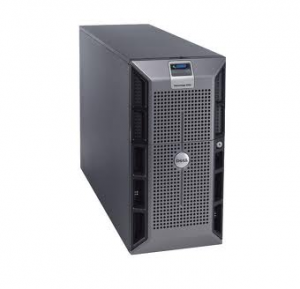 We were recently called to help a Dublin accountancy firm recover data from a failed 3 disk RAID 5 array.

Our diagnostics revealed that 2 out of their 3 SAS drives had failed. One drive had suffered component failure on it’s electronic assembly; the other had head disk assembly problems that needed work in our clean-room.

First of all, we fixed the electronic issues with the defective PCB. Then we performed a head disk assembly swap. (The donor parts we already had in stock).

Once the defective drives were fixed – it was now time to image them. Imaging drives before a RAID reconstruct is an important step to maximise the integrity of the data.

When the drive imaging process had completed we proceeded to reconstruct the RAID 5 array. This is time a consuming and intricate but rewarding process knowing that you are probably saving the client 100’s of hours of labour redoing work that has already been completed.

With the RAID rebuild finally complete – we transferred all their data onto a portable high capacity USB external drive. We then invited them to perform a check on their files using a remote file viewer. Everything was to their complete satisfaction.

Without a successful data recovery – they would have had to reconstruct month’s worth of accounting data. This would have been a serious drain on their productivity not to mention the harm it would have caused their reputation.

Lesson learnt? A lot of users still think that just because their data is on a “server” it is automatically safe. It’s not. Servers fail too. The accountancy firm is now backing up their data onto their new server and are using a reputable online backup service.