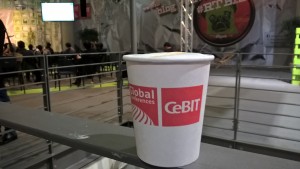 Recently Drive Rescue were at CeBIT in Hannover, Germany checking out some of the latest storage technologies. There was some new and not so new storage devices exhibited there and some interesting speakers. CeBIT, the granddaddy of Europe’s IT exhibitions has certainly changed in the last few years. The days of exhibition halls being filled with Taiwanese motherboard manufacturers and Chinese PC component suppliers with names like Golden Dragon appear to be coming to an end. While there is still some of this, CeBIT is now more about IT innovation, business software, cloud technologies and high-end hardware. Some of that hardware included some of the latest storage evices from manufacturers like Toshiba, Western Digital, HGST and Huawei. 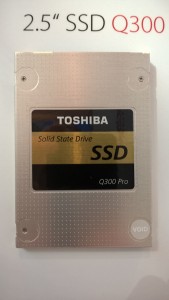 Toshiba – is that an SLC or MLC SSD?

Toshiba were exhibiting their latest range of SSD drives. While their Q300 range uses TLC NAND chips, the Toshiba marketing department have come up with the clever new catergorisation of this range as using “SLC adaptive size technology”.  Nowhere in their marketing bumf does it state that it’s actually TLC NAND…Anyway official read/write speeds are only mediocre. For example, the 480GB version it has read speeds of 86,000 IOPS and write speeds of 520MB/s. 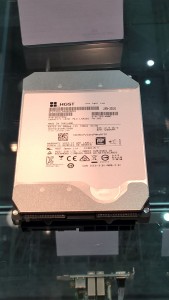 This drive was one of the few drives on display that had it’s own glass case! It’s a helium filled 10TB drive with a 7200 rpm, 256MB cache and speeds of 12Gbps. Helium goes a little bit to solving the “magnetic recording trilema” of readability, writability and stability in multi-platter disks as by reducing turbulence inside the disk as the platters spin. Are mechanical drives with helium drives just a stop-gap measure until HAMR (Heat Assisted Magnetic Recording) production techniques get scaled up? possibly.  Helium does not really contribute much to significantly changing the disk read/write process nor does it result in massively increased areal densities. But expect to see these drives around for the next couple of years at least as Western Digital /HGST have invested significantly in helium drive production processes. And now Seagate have jumped on the helium bandwagon having unveiled their own 10TB helium SAS drive in January. 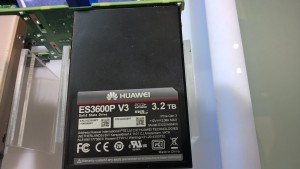 Huawei might be known for their budget smartphones and telecoms equipment, but are now players in the hard disk market. They have leapfrogged the mechanical hard drive market altogether in favour of high-performance and high-capacity SSDs . Their offerings at CeBIT have been far from modest. Pictured above is this whopping size 3.2 TB SSD. It uses PCI express 3.0, NVM and employs smart FLT. It’s NAND chips are from the Samsung and Toshiba stables. Alibaba (a trading platform), Ten Cent (a Chinese internet portal) and AIDA have already deployed these drives for their operations. 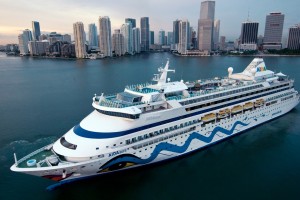 For the latter, AIDA a German cruise line operator, mechanical drives were proving to be too slow and too unreliable. Each of it’s ships generate massive amounts of data.  Movements of passengers on-board are tracked. Most retail transactions onboard are cashless. Entertainment systems must be 24/7 online. All of this means requires very fast processing times.  Previously, they deployed 10K SAS mechanical drives, but their IT administrators found these devices simply unable to keep up. And, because a ship is an environment which suffers from a lot of vibration, they were experiencing higher-than-average failure rates.  So, they decided to ditch mechanical drives in favour of SSD technology from Huawei. To mitigate against data loss, they use disk-to-disk on-board replication but also have the facility to peform data replication to any nearby sister ships (within a 100 km radius). Overall, their SSD migration has meant faster online transactions, simplified maintenance and more protected data. All uber efficient onboard AIDA ships ja… 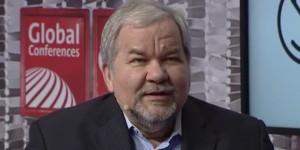 Phil Zimmerman and his journey with PGP Encryption

And talking of protected data Phil Zimmerman, inventor of PGP encryption and author of The Official PGP Users Guide gave an interesting talk on the journey of his well known PGP encryption protocol. His encryption journey intially started back in 1991 when he devised PGP as a human rights project. The strongest block-cipher available at the time was 56-bit DES which could easily be cracked by any nation-state hacker or large organisation. PGP was revolutionary at the time as it used a combination of data compression, symetric-key / public-key cryptography along with algorithms to encrypt session keys.

Back then, the demand for non-military encryption was relatively low. Companies operated in much less risky environments than today.  Most business rivals did’nt have any crypto-analytic capabilities. In the the early 1990’s, the civilian internet was still mostly used by academics and an ethos of “gentlemen do not read other gentlemen’s mail” prevailed. “It was a much more benign environment back then” Zimmerman lamented.

“People would ask you why are you using strong encryption, are you a criminal?”

The end of the Cold War heralded a surge of globalisation. Companies were now moving into countries with oppressive regimes and environments of aggressive signals intelligence. PGP now started to become more of a business tool. But, even still, some perceived encryption as something sinister. “The [US] government tried to put me in prison, for three years I was the target of a criminal investigation” Zimmerman told the audience. “In the 1990’s, if you were using strong encryption there was a stigma associated with that… people would ask you why are you using strong encryption, are you a criminal?” But ironically the publicity surrounding Zimmerman and the criminal investigation surrounding him had the unintended consequence (for governments at least) of making PGP even more popular. When the early 2000’s arrived and the internet becoming more hostile, PGP became even more sought after. In this period, even with many alternative encryption products now becoming available, PGP Whole Disk Encryption became one of the most widely used encryption applications by government bodies and multinational organisations.

From nefarious software to an essential security measure 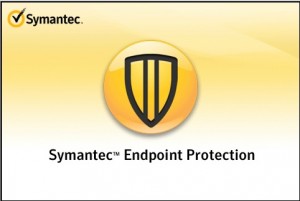 Leaving aside the issue of government “backdoors” in encryption applications, the legislative environment in most Western countries now “officially” favours strong encryption.  In Ireland, for example, the Data Protection Act 2003 states that encryption “is considered an essential security measure where personal data is stored on a portable device”. In April 2010, Symantec bought PGP for approximately $370 million – a move which gave a company normally associated with anti-virus software a strong foothold in the encryption market. Today, PGP is known as Symantec Endpoint Encryption. It uses 128-bit or 256-bit AES block ciphers and is still widely used by organisations across the world.

Drive Rescue are based in Dublin, Ireland. We recover data from encrypted disks using applications such as Symantec Endpoint, Windows Bitlocker, Sophos Safeguard, McAfee Complete Data Protection / Safeboot, TrueCrypt, TrendMicro Endpoint Encryption, Checkpoint Endpoint and Apple File Vault. In most cases, data can be recovered even if disk has physical or electronic faults.