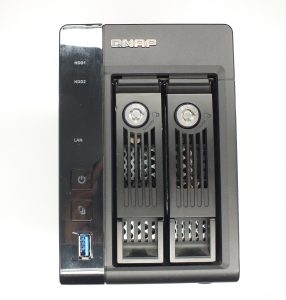 We recently recovered data from a QNAP TS-253 Pro. This is a popular two-bay NAS device which uses the QTS operating system. This particular NAS was using two WD Purple (WD20PURX) S-ATA disks formatted with EXT4. Even though the device was set up in a RAID 1 configuration – it experienced an event which corrupted the firmware of both disks. The problem was surmountable as we recovered 100% of the client’s data, but this case presents a number of important lessons in secure data management. 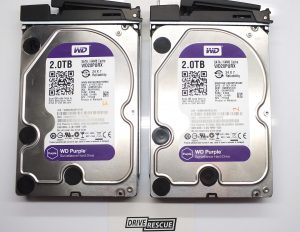 The roots of the problem go back to when the device was first set-up. Their IT administrator chose two WD purple disks. These 5400 RPM disks are primarily designed for use with NVRs (network video recorders) and DVR (digital video recorders). The firmware in them is optimised for constant ATA streaming of contiguous data. It is not really designed for the kind of random reads and writes as you would expect in an administrative office. Moreover, the error correction algorithms used in these disks are tuned for speed with data integrity taking a back seat. It is really not surprising then that just after a couple of months usage – the data on the volume became inaccessible. And of course, Murphy’s Law kicked in with both disks failing simultaneously.

How this data loss situation could have been averted.