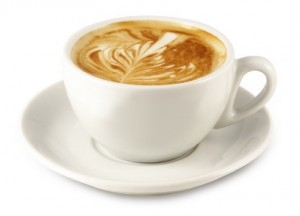 Ask anybody who works in an A&E department where the most accidents occur and they will invariably tell you that most happen in the home. Well, the same applies to hard drive-related accidents. Many users might assume that it takes fire, floods (and brimstone…) to destroy hard drives, but mundane objects found in the home or office can be just as destructive in causing the premature demise of your storage device.

Liquid Damage (cup of tea or coffee / class of wine or beer)
Accidentally spilled liquids are a perennial problem. When liquid spills onto the keyboard of a laptop, it will often seep down into the system’s hard drive bay. This can cause the electronics on the PCB to short out, corrode or in worst case scenarios, it will cause failure of the disk’s pre-amplifier (a tiny device used to amplify read/write signals from the disk heads). The effects of liquid damage can often be very insidious. After a spillage, the drive may work fine for a couple of weeks lulling the user into a false sense of security. But, the problem will only manifest itself after enough corrosion damage has taken place of the drive’s resistors, capacitors, inductors, diodes, etc. to the point where the drive will no longer power-up or initialise properly.

The Smart TV / DVR box
More and more home users are coming to us with external hard drives which have been plugged into one of the USB ports on their Smart TV or DVR box. Then when re-connected to their computer, the drive won’t turn on. This problem is often the result of over-voltage from the TV’s USB port. It manifests itself in the form of a shorted TVS diode. In other instances, over-voltage can take the form of damaged capacitors, inductors or the motor controller (smooth) chip. 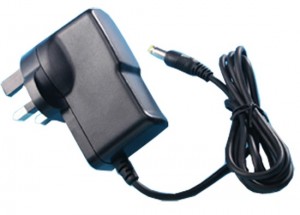 The AC Voltage Adaptor
External 3.5” drives normally rely on clean DC power to a specific voltage and amperage. Plugging in a 15V AC adaptor into your 12V external hard drive will more often than not, cause an over-voltage situation where the PCB or other components get damaged. Likewise, if your external hard drive requires 2 Amps but you’re erroneously using an 1.5 Amp adaptor, your drive is getting less power than it requires to run. Over time, this “amperage starvation” causes a strain on the drive’s components and can lead to failure.

USB and power cables
Don’t position your external hard disk’s USB or power cable anywhere near where it might get snagged by errant feet, hands or wandering pets. Tripping over the power or USB cable of a hard disk can often result in your drive taking a downwards trajectory – towards the floor. A “fallen” disk, usually means a head disk assembly replacement procedure has to be undertaken in order to recover the data. In worst case scenarios, especially for drives which were powered-up at the time of the fall will incur scratched platters. Some hard drive and laptop manufacturers have put accelerometers into their devices – which theoretically detect sudden motion and issue a “park” command to the disk heads – but this drive safety feature does not always work effectively in practice. Thankfully, failed drives due to accidental falls should be less of an issue in years to come as wireless external drives become more popular. 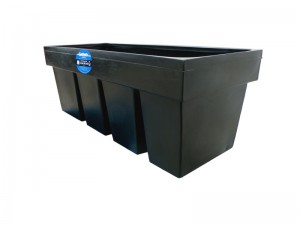 Burst Water Tank
Most of us don’t think about the water-tank in our home or office. It’s a classic case of out-of-sight and out-of-mind. But, over the years we have recovered several drives which were destroyed in burst water tank incidences. Old steel water tanks (over 30 years of age) are susceptible to bursting. But, even if your water tank is relatively new, it can still burst due to cold weather or due to ball-cock failure. In all these instances, a failed water tank can result in localised flooding in your home or office and render your USB external drives,disks inside your PC or other storage devices such as NAS boxes inoperable.

Drive Rescue based in Dublin, Ireland offers a complete data recovery service for any drives which have been affected by the above scenarios. Typical drives we recover from include, Seagate Backup Plus, Seagate Expansion, Seagate, Barracuda, Seagate Momentus, Western Digital My Book, Western Digital My Passport Ultra, Intenso external drives and Iomega Professional.