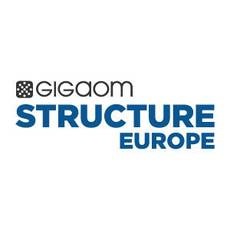 Last week Drive Rescue had the pleasure of attending the Gigaom Structure Europe conference in London.There were lots of interesting speakers from a wide variety of I.T. disciplines and industry sectors. There were some great talks from the CTO’s of Ericsson, Netflix and BMW.

From a data storage technologies perspective, perhaps the most interesting speakers were from Western Digital. WD have now acquired the hard drive division of Hitachi. However, due to competition regulations imposed by the EU and the Ministry of Commerce in China, they have had to keep the two hard drive operations as separate and competing entities (these being Western Digital and HGST).

Hard drive technology moves at a blistering pace. Over the years hard drive manufacturers have devised some very clever ways of increasing areal densities (the amount of data that be stored on disk platters). These have included PMR (perpendicular magnetic recording), shingled PMR and HAMR (heat-assisted magnetic recording). But, even using all of these technologies, the maximum capacity of hard drives in mass-scale production today is 4 terabytes. It is possible to produce drives over 5TB but they are not “consumer ready”. In other words, they can be manufactured, but they are not stable or reliable enough for mass production. So Western Digital researchers have thought outside the box. Their hard drive and production process researchers have found one more aspect of the drive’s architecture that can be tweaked to eke out even greater areal density ratios. But this finding does not involve a new type of magnetic layering or a new type of read-write head – it involves removing the air from inside a hard drive and replacing it with helium.

Helium to the rescue

How can air restrict the amount of data that can be stored on a hard drive? Well, the platters of a hard drive spin at around 7200 or 10000 rpm. When these platters start to spin at such a high speed, the air inside the drive actually causes a lot of flutter and resistance for the drive heads to do their job properly. (Think of it as a kind of turbulence). If you replace this air with helium, which only has one seventh the density of air, a substantial amount of flutter is reduced. It will also mean that seven platters can be deployed instead of just five. This will mean Western Digital will be able to bring a 5.6 terabyte drive to market at some stage during 2014. For I.T. administrators and end-users alike helium-filled drives will not only mean more capacity but less power consumption and less heat generated.

The idea of putting helium inside a hard drive is not entirely new. Storage researchers from Seagate have toyed with the idea before and rejected it. The real problem has always been: how do you hermetically seal helium into a hard drive and manufacture it on a mass scale? Well, according to Western Digital, they have finally found the solution. Alas, their representatives were not keen to divulge this proprietary process to attendees. “Even in 2014, we will only have one factory that will be able to do this and supply is going to be very restricted” the attendees were told. The public reaction to the helium-filled hard drives has so far has been good, but from some doomsayers Western Digital have already received comments such as “people will die from helium poisoning”. But these claims are unfounded. Helium is an inert and non-toxic gas. It is the same gas that is used to inflate balloons in theme parks. If it were poisonous people would be dropping dead in Disneyland everyday.

With only three main players left in the mechanical hard drive market: Western Digital, Seagate and Toshiba – it has become a three horse race, and it will be interesting to see which manufacturer breaks the 4 terabyte ceiling first. Would Western Digital be better off just adding some flash storage to their 4TB drives? Will Seagate refine their HAMR technology even further to enable more capacity. Who knows? Or, will Toshiba be the dark horse and be first to market with a 5.6TB drive with a new technology from their venerable R&D labs. It’s going to be an interesting few years ahead in the area of high-capacity drives.